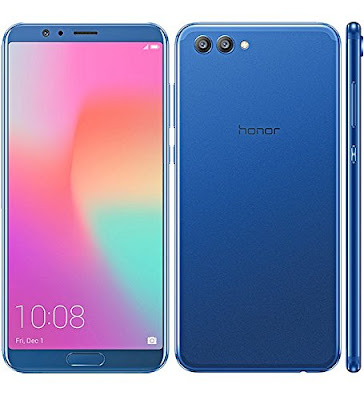 Chinese smartphone maker Honor on Wednesday announced that registration for the Honor View 10 would commence on Amazon.in from December 28.
Honor View 10 unveiled smartphone earlier this month at the Honor 7X launch event in London. The smartphone will go on sale in India starting from January 8. The Honor View 10 is powered by a Kirin 970 processor with an i7 co-processor for AI functions.
Also Read : Nokia 7 expected to be launched in India in early 2018

The Honor View 10 runs on Android 8.0 Oreo with EMUI 8.0 skinned on top. The smartphone comes with a 5.99-inch Full HD+ IPS LCD display with a resolution of 2160 x 1080 pixel and 18:9 aspect ratio. The smartphone features with a pixel density of ~403 PPI and sports minimum bezels on the sides.
Coming to the hardware department, the Honor View 10 is powered by an Octa-Core Huawei Kirin 970 processor coupled with Mali-G72 MP12 GPU. The smartphone feature an i7 co-processor. It comes with 4GB / 6GB RAM version.
In terms of storage, the 4GB RAM variant comes with 64GB of storage and the 6GB RAM variant comes with 64GB / 128GB of storage. The storage on the device can be further expanded up to 256GB via a microSD card.
In terms of camera, the Honor View 10 features a dual camera setup at the back consisting of 16MP RGB sensor and a 20MP monochrome sensor. The camera comes with features such as Phase detection autofocus, f/1.8 aperture and dual LED flash. On the front, the device sports a 13MP secondary camera with f/2.0 aperture.
The Honor View 10 is powered by a 3,750mAh battery. Connectivity options on this smartphone include 4G VoLTE, Wi-Fi 802.11 a/b/g/n/ac, Bluetooth 4.2, GPS, NFC, Infrared port and a USB Type-C port.
Also Read: Samsung Galaxy J2 (2018) with Super AMOLED display,Snapdragon 425 SoC spotted online : Full Specifications, Pricing & Availability

Honor has not yet revealed the price of the Honor View 10 in India. However, the company announced that the device would cost €499 in Europe, which roughly translates to Rs. 38,000 in India.
The device comes in Navy Blue and Midnight Black colour options. It is currently available for pre-order in China and will go on sale starting from  January 8 2018 in India and other countries. As we mentioned, you can register to buy the Honor View 10 on Amazon India from December 28.
For the latest tech news , follow TECH FOR U on Twitter, Facebook, and subscribe to our YouTube channel.