Admin
Uncategorized
Comments
HTC, the Taiwanese-based smartphone manufacturer is finally launched the HTC One X10 .The device is said to be the successor of the previously launched HTC One X9.
The brand new HTC One X10 has been launched in Russia. The device will be going on sale in Black and Silver colors this month. Unfortunately, there’s no information as of now on the availability of the HTC One X10 outside Russia. 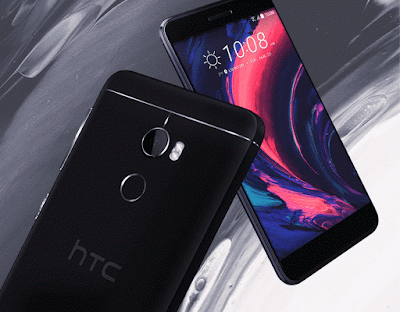 Considering the specification, the device is a true successor of the HTC One X9. The HTC One X10 features a 5.5-inch full-HD (1080×1920 pixels) Super LCD display with a pixel density of 401ppi. The screen is protected by Corning Gorilla Glass.

HTC One X10 is powered by 64-bit octa-core MediaTek Helio P10 processor coupled with 3GB RAM and 32GB internal storage (expandable up to 2TB via a microSD slot). The device supports dual Nano-SIMs and both the SIM cards will support 4G.

Coming to the camera department on the rear, there is a 16-megapixel autofocus, BSI sensor, f/2.0 aperture, LED flash and also have several features like face detection, Pro mode with manual settings, Panorama, Hyper-lapse and Camera Zoe. While on the front 8-megapixel front-facing camera with fixed-focus, BSI sensor, and f/2.2 aperture.

The device packs a massive 4000mAh battery, which the company claims can deliver up to 26 hours of talk time, and up to 31 days in standby time on 3G network. The smartphone also supports fast-charging as well.

The brand new HTC One X10 has been launched in Russia but HTC didn’t reveal any details on the global launch date and availability of the HTC One X10 as of now.The smartphone comes at an equivalent price of $355 (roughly Rs. 23,000).