Admin
Uncategorized
Comments
Meizu unveiled E-series smartphones last year with premium design at a cheaper price. Now, the company is planning to launch its successor in China. This upcoming device in the E-series might be named as Meizu E2 and may pack the same design as if its predecessor. It provides an mTouch home button and a fingerprint sensor below the display. Meizu E2 smartphone comes with a metal unibody design with a slight curve on the rear. 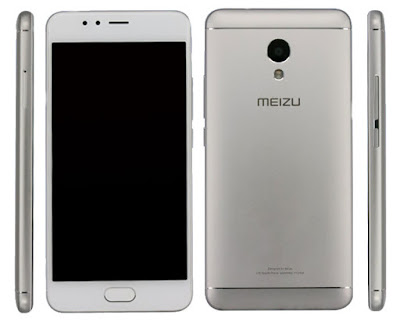 No official confirm over the specifications but it will be expected that Meizu E2 comes with a 5.5-inch display with Full HD (1920 x 1080 pixels) resolution. The device is powered by an octa-core 64-bit processor clocked at 1.8GHz. Meizu E2 might come with in three different variants – 2GB RAM with 16GB storage, 3GB RAM with 32GB storage, and 4GB RAM with 64GB storage and all the variants have expandable MicroSD slot.

The Meizu E2 is a dual SIM smartphone with a Hybrid SIM slot and runs on Android 6.0 Marshmallow with the in-house Flyme OS on top.

Coming to the camera department, there is a 13MP rear camera with LED flash and a 5MP front facing camera for selfies. The device packs a massive 3,920mAh non-removable battery along with fast charging. It measures 153.6 × 75.8 × 8.15 mm and might feel a bit heavy by weighing 175 grams. The device is might come with White, Silver, and Blue color option.

The company has already started giving out the media invites for the event scheduled at Beijing Performing Arts Center at 3 PM China Time (12:30 PM IST) on 26th April. As of now, there’s no official information whether the phone will be launched in India or not. So, stay tuned for latest updates.