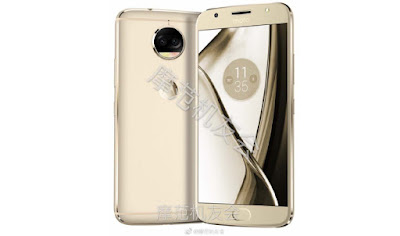 Moto X 2017 specifications and a gold variant of the device leaked. The render show a dual camera setup and Moto’s branding on both side of the device. The fingerprint sensor looks just like that in the Moto G5and Moto G5 Plus .

The Reputed Motorola tipster, Roland Quandton  his Twitter handle has certainly revealed some specs of the Moto X 2017.
According to the tweet Moto X 2017 runs on Snapdragon 625 SoC featuring an Octa-core chipset and the Adreno GPU. It comes with 3GB/4GB RAM with 32GB/64GB of storage. It has a 13MP rear camera with dual-camera setup but there’s still no information regarding the front camera.
Read More : Samsung Galaxy S8 and S8+ Officially Launched – Full Specifications, Pricing, Availability & Offers
As you know there are lots of leaked regarding Moto X 2017,So it should be expected that Moto X 2017 soon be announced officially and that might be in the coming months.