Which chip-set is better Media-Tek Vs Snapdragon?: As we know in the present-day most of the smartphones made by Media-Tek or Snapdragon chip-set. So in order to find out which chipset is better among these two, first of all, we need to know how these chip-sets are different from each other. 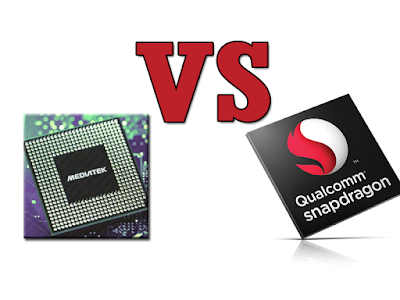 Now, let’s explain them in detail. First of all, I explain the Media-Tek chip-set and then explain to you about Snapdragon chip-set.

It is a Taiwanese based company. It uses more cores in its processors like octa-core, Hexa-core,deca-core, etc.

Performance-wise their processors are very good. Due to the availability of extra cores, Media-Tek processors can handle intensive and heavy tasks and they are very good at multi-tasking as well. But we can see all this practically if we have sufficient Ram on them. As you know that more cores demand more Ram to give the best performance.

If we talk about graphics, Media-Tek employs Mali graphics which is a third party graphics vendor.So graphics architecture is different from CPU and its performance may not match with CPU. It is really important to match the performances of CPU and GPU(graphics) so that the whole chip-set performs properly.

Snapdragon chipsets are named as SoC’s (System-on-a-chip) which means their chip-sets(SoC’s) have a CPU, GPU(Adreno Graphics), Image processor, Media processor, Digital Signal Processor, Cellular Modem unit, Wifi-Module, Radio Module, GPS Module, etc. All these modules and Processors are inside of a snapdragon chip. Yes, they incorporated all these things inside their chip-sets. Hence their chips are more costly.

Snapdragon chipsets are best in terms of power efficiency compared to all other chip-sets.

If we talk about graphics, they manufacture their own graphics called Adreno Graphics and incorporate them into their chips. So here the performance of CPU and GPU are matched properly.

Finally, we hope this article can help you to understand “Which chip-set is better Media-Tek Vs Snapdragon?”. If you really think this article helps you then don’t forget to appreciate our efforts in the comments below. For more blogging tutorials, stay connected with us.